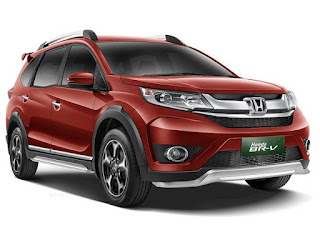 Shoppers may finally get a break in the dealership showroom.
Although U.S. auto sales remained strong in October from historical standards, prices are flattening out and discounts are adding up after years of consumers forking over more cash for new vehicles.
While overall average prices hit an all-time high in October, according to car-buying research site Edmunds.com, the increase came mostly from a shift in mix from low-priced cars to higher-priced crossovers, pickup trucks and SUVs.
Look under the hood and you'll see that many consumers are catching a break.
Average discounts per vehicle jumped 16.5% in October, compared with a year earlier, to $3,472 per vehicle, according to Edmunds.
It's even happening with red-hot crossovers, a segment that's growing extremely competitive as automakers introduce new models to capitalize on consumers ditching passenger cars.
That translated into a $491 increase in average discounts per vehicle, easily outpacing the $128 average increase in price per vehicle reported car-buying advice firm Kelley Blue Book.
"This year there’s way too much inventory in the marketplace so I think it drives some of the competitors to put out more incentive money out there," Nissan U.S. sales chief Judy Wheeler said.
To be sure, vehicle prices remain high, with Edmunds pegging prices at 12% higher than five years ago.
But "we are starting to see that growth flatten out," said Alec Gutierrez, a Kelley Blue Book analyst. "Incentives are growing at a much faster pace at this point."
Edmunds said automakers will have to increase incentives to move inventory, which would work to the advantage of car-buyers.
Ford U.S. sales chief Mark LaNeve and Nissan's Wheeler said they both expected automakers to roll out heavy year-end incentive programs to clear out 2017 models.
Still, automakers are enjoying what would historically be considered a healthy sales pace — just off from their record sales in 2016 and 2015.
Overall industry sales fell 1.3% to 1.35 million vehicles in October, according to research firm Autodata, which relied on estimates of BMW sales because the German luxury brand hit internal snags in reporting its figures.