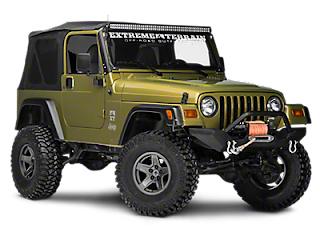 Fiat Chrysler Automobiles teased the much-anticipated redesigned version of the Jeep Wrangler sport-utility vehicle.
The 2018 model-year of the rugged SUV with an iconic place in American military lore bears a significant resemblance to the previous model.


More: Jeep tops Cars.com list of American-made vehicles, ousting Toyota
More: Jeep toughens up Wrangler with Rubicon Recon
More: Jeep Wrangler production could top 450,000 annually
Among the changes: Fiat Chrysler is expected to offer more open-air options of the Wrangler.
The vehicle will be made at the company's plant in Toledo, Ohio, a decision that came after months of uncertainty. But that move could help the vehicle retain its title on Cars.com's 2017 list of most made-in-America vehicles.

Facebook
Twitter
Google+
LinkedIn
A look at Jeep through the years
Fullscreen
A 2012 Jeep Wrangler Unlimited Sahara
A 2012 Jeep Wrangler Unlimited Sahara  Chrysler
Fullscreen
A 2012 Jeep Wrangler Unlimited Sahara1 of 32
General Dwight D. Eisenhower, Supreme Allied Commander
A 1989 Jeep Grand Wagoneer.
A model poses beside a Jeep Renegade at the Los Angeles
A 1959 Jeep CJ-6.
A 2011 Jeep Grand Cherokee Limited.
A 2008 Jeep Liberty.
This is a 2004 Jeep Wrangler Unlimited.
This is a Jeep Wrangler, Rubicon Hard Rock edition.
A 1986 Jeep Comanche.
A 1982 Jeep CJ-8 Scrambler.
A 1975 Jeep Wagoneer.
A 1941 Jeep Willys MA.
A 1972 Jeep Commando.
A 1955 Jeep CJ-5.
Joe Eberhardt,  Executive Vice President of Global
A 1949 Jeep Willys.
A 1944 Jeep Willys MB.
A Jeep Gladiator Concept introduced at during the 2005
A  2007 Jeep Patriot Sport.
A model poses beside the 2015 Jeep Renegade Riptide
Pam Bialecki works on a 2012 Jeep Wrangler at the Chrysler
Don Foran, who as a teenager spent the last months
The Jeep Renegade concept vehicle is shown at the New
Models pose with a Jeep on display at the Auto China
A 1963 Jeep(R) Gladiator.
A 1957 Jeep(R) FC-170. (J-0279)
A Jeep Willys2 concept vehicle at the North American
A 1955 Jeep(R) CJ-5.
A 1946 Jeep(R) All-Steel Station Wagon.
A 1964 Jeep on the toledo assemble line.
A 2012 Jeep Wrangler Unlimited Rubicon and 2012 Jeep
Next Slide
32 Photos
A look at Jeep through the years
The automaker is expected to build about 350,000 Wranglers annually as it shoots for a big boost in international sales. The company is also expected to make about 100,000 pickup truck versions of the Wrangler, but that model has not yet been revealed.
Fiat Chrysler executive Mike Manley said in 2016 that the next-generation Wrangler would be more aerodynamic and more fuel-efficient.