An Insurance Maze for U.S. Doctors 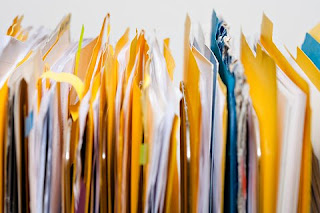 A former colleague from Canada who practiced medicine with me here in the States never hesitated to make one thing clear to me: He couldn’t wait to get back.
It wasn’t the cultural life that he missed, nor was it the ex-girlfriend I always suspected he pined for. It was the medicine.
“It’s different,” he would say wistfully, without elaborating. “Practicing medicine is just different over there.”
A study published this month in the journal Health Affairs made me think of my colleague again and offered one likely possibility for his return to Canada: There, he had more time to focus on his patients.
Researchers asked hundreds of physicians and administrators in private practices across the United States and Canada how much time they spent each day with insurers and other third-party payers, tracking down information for claims that were denied or incorrectly paid, resolving questions about insurance coverage for prescription drugs or diagnostic tests, and filing the different forms required by each and every insurance company.
Physicians in Canada, where health care is administered mainly by the government, did spend a good deal of time and money communicating with their payers. But American doctors in the study spent far more dealing with multiple health plans: more than $80,000 per year per physician, or roughly four times as much as their northern counterparts. And their offices spent as many as 21 hours per week with payers, nearly 10 times as much as the Canadian offices.
“The amount of time we spend on this is just crazy,” said Dr. Sara L. Star, a partner in a three-physician pediatrics practice in suburban Chicago. “But each insurance company has its own language, its own set of rules and specific contracts with certain laboratories, hospitals, physicians and pharmaceutical companies.”
And when those companies offer multiple “insurance products,” the convoluted coverage grid acquires yet another level of complexity. Each “product” comes with its own unique permutation and combination of authorization requirements, rules for claims and list of approved prescription drugs.
Large practices often choose to outsource the job to firms that specialize in wading through the labyrinthine rules and regulations. Some hire several nurses or administrators to work exclusively with insurers, with each specializing in the arcane rules of a single insurer. But most primary care providers in this country — clinicians who are part of practices with five or fewer physicians — cannot afford to pay for additional help. Instead, they must make their way through the thicket of insurers and rules by themselves.
The complicated task inevitably gets in the way of patient care.
A young patient complaining of extreme fatigue, for example, might benefit from a $40 blood test that could confirm infectious mononucleosis in 10 minutes. But a doctor cannot order the simple test without first checking with the insurance company to see if it is covered and if there are any constraints on where the patient’s blood can be drawn and the test run.
Tracking down answers often means phone calls with long periods on hold, digging up old patient information and even recruiting office workers to act as specimen couriers to other labs and hospitals in order to expedite results or save frail patients or harried family members the hassle of traveling to an “approved site” for a test or procedure. “If someone comes in with a sick infant who needs a test, we often eat the costs and draw the blood ourselves,” Dr. Star said. “We aren’t going to tell them to put that kid in a car seat, drive a mile to an approved lab, park, register, then wait in line.”

Even more confusing are frequent changes in health care plans, particularly regarding prescription drugs. Every week, payers send physicians’ offices notifications of changes in their list of approved medications, lists that run to hundreds of different drugs. The sheer volume of new information makes it impossible for doctors to keep up. “Physicians get into medical school because we can follow rules,” said Dr. Marian Bouchard, a family doctor who practices with two other physicians and a nurse practitioner in Bristol, Vt. “But none of us can or want to follow the minutiae of a hundred rules at once, especially when we are trying to be present for our patients.”
The authors of the study offer several recommendations to reduce the confusion and inefficiency of interactions between physician practices and payers. Not surprisingly, they propose simplifying the forms and procedures that add to costs without improving quality. “There are rules that really save money or improve patient care that health plans won’t want to change,” said Sean Nicholson, one of the study authors and an economist in the department of policy analysis and management at Cornell University. “But there are also a lot of things that don’t matter that they could and should standardize.”
The insurance industry, for example, could embrace a single set of universal standards to measure quality rather than the dozens that are currently used. They could adopt a uniform process of obtaining authorization for tests, procedures or consultations. And while widespread adoption of electronic medical records and changes in how doctors are reimbursed may eventually decrease some administrative burdens, the results of the study leave little doubt as to the costs now and in the foreseeable future for doctors and patients.
“We aren’t saying that we should go to a single-payer system,” Dr. Nicholson added. “But it’s important to know exactly what all the benefits of the current costs are.”