IMAGINE scoring a promotion, with more money coming in, only for the bank to decide you were worth $235,000 less.

That is what happened to 36-year-old professional Shruti Chaturvedi, who was on the wrong side of a lending crackdown on property investors.

At the beginning of this year I was planning to buy an investment property,” Ms Chaturvedi said.

“My broker got me a pre-approval for $735,000. At the time, I did not move ahead and the offer expired. When I reapplied, I was shocked to discover my borrowing capacity had dropped to $500,000.”

Ms Chaturvedi was confused. In the six months since her original inquiry, she had been promoted, was earning a higher salary and, in her opinion, better placed to service a debt.

“The broker said the bank was now very strict with credit card spending,” she said. 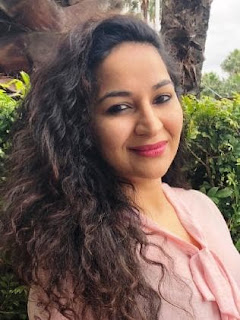 “They told me to consider dropping my gym membership. They’d looked at my credit card spending when I was in Singapore for work. They said to cut down on going out for dinner, on spending when travelling. But this was all fine at the beginning of the year when I was earning less.”

Ms Chaturvedi felt violated by the bank accessing her private life, but such scrutiny on spending and lifestyle is becoming more common as lenders seek a more comprehensive understanding of a borrower’s ability to service a loan.

Experts expect to see more rejections, and new data from mortgage platform HashChing revealed 41 per cent of mortgage brokers believe more than a quarter of borrowers who secured a loan last year would not be successful today.

HashChing spokesman Collins Mayaki said borrowers were unaware of some of the elements that could lead to a rejection.

“Although every applicant’s situation is unique, I’ve seen five things that raise red flags for lenders,” he said.

UNUSUAL OR SPONTANEOUS SPENDING: Mr Mayaki said lenders were now going through individual bank statements, looking for excessive or frivolous spending.
“Having unusual spending habits, such as spending thousands of dollars on activewear, will trigger concern for lenders as it’s outside the norm,” he said. “If there is no reasonable explanation, the applicant will likely be considered a risk.”

CREDIT HISTORY: Many individuals have a red flag or two on their credit rating. Being three months late on a minor bill that you might have forgotten, for example, can be an issue.
EMPLOYMENT HISTORY: “Generally lenders require an applicant to have held the same job for six months or to have moved into a similar area after previously holding a job for at least two years,” Mr Mayaki said.

CRIMINAL RECORD: An applicant with plenty of savings and a good credit history will still be affected by any kind of criminal record.

HALF-TRUTHS: “Lenders have access to potential borrowers’ bank statements and will uncover everything, whether it is a sneaky credit card or childcare fees,” Mr Mayaki said. “If the lender picks up on expenses that are not accounted for, it can reject the applicant on the basis of nondisclosure.”